What are Distributed Antenna Systems (DAS)?

A Distributed antenna system (DAS) is a network of antennas, connected to a common source, distributed throughout a building or an area to improve network performance. The spacing between antennas is such that each antenna gives full coverage without overlapping with other antennas, hence reducing the number of antennas needed to cover the whole building. This network of antennas is also power efficient in comparison to a single, larger antenna covering a wide area.

A Distributed Antenna System can be designed for use indoors or outdoors and can be used to provide wireless coverage in hotels, subways, airports, hospitals, businesses, roadway tunnels etc. The wireless services typically provided by a DAS include PCS, cellular, Wi-Fi, police, fire, and emergency services.

Passive DAS: A passive DAS uses passive RF components such as coaxial cable, splitters, tapers and couplers to distribute signal inside a building. This system runs the wireless signals through “leaky” feeder cables that act as antennas all over the building; the signal leakage distributes the signals throughout a building. 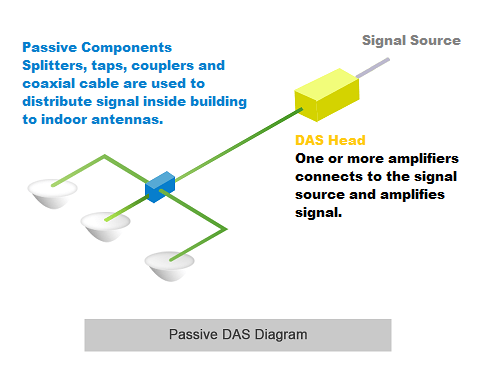 Active DAS: An active DAS system converts the analog RF signal from the signal source to a digital signal for distribution. A master unit performs this analog-to-digital conversion. After conversion, this digital signal is transmitted through fiber optic or Ethernet cables to the antenna systems, which convert the signal back to analog and transmit it throughout the building. 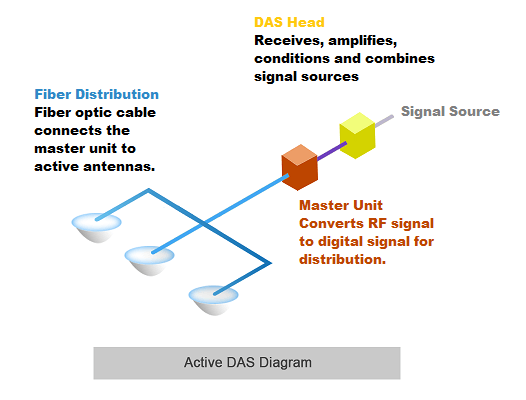 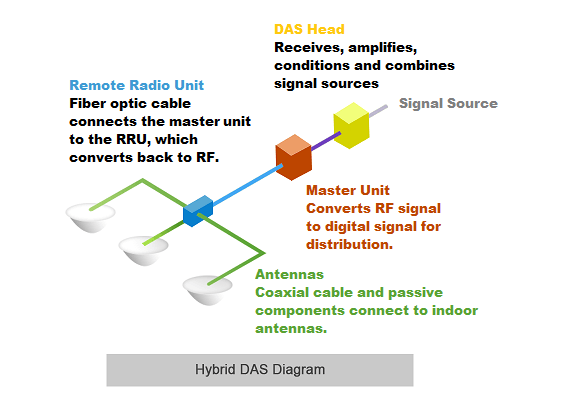 Digital DAS: This system operates according to the Common Public Radio Interface (CPRI) specification, which allows a base band unit (BBU, which is a kind of BTS) to communicate directly with the DAS master unit and through to the remote units without any conversion to an analog RF interface. 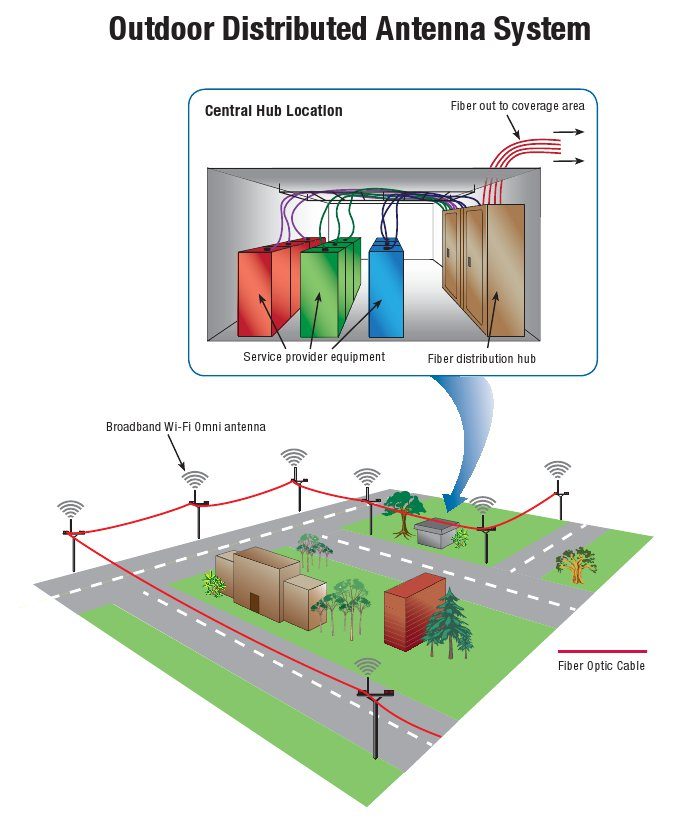